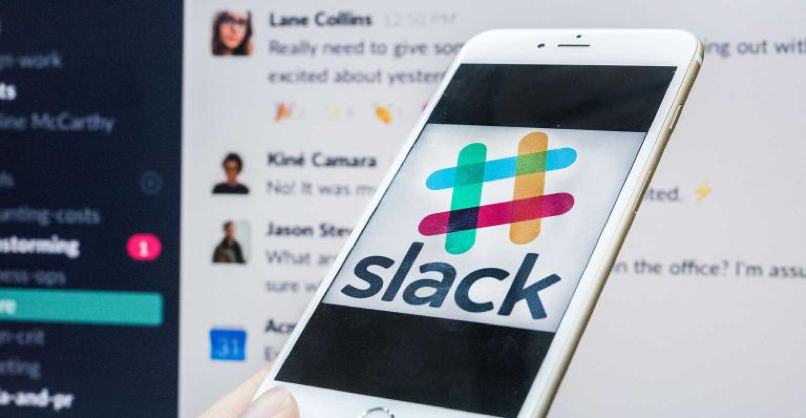 Platforms like Slack and Microsoft Teams are gaining traction, but some say ad hoc exchanges must be part of the record for the digital thread.

For years, email was the de facto, informal information exchange mechanism for the design team at MBX Systems, a systems integrator providing bespoke computing hardware and software solutions for companies across a host of industries. Sometimes the need was to quickly confer on a product design document or to clarify a question about supplier pricing. In either case, the engineering team was hungry for a way to fire off quick messages to multiple groups, both internally and to outside parties.

“We needed to compartmentalize communications in a way that wasn’t just a series of disparate phone calls and emails between person A and B, or person C and D,” says Justin Formella, chief strategy officer for MBX. “There were these long email strings that weren’t coordinated and weren’t necessarily inclusive of all the people who had the relevant information.”

MBX found the solution to its communications problem with Slack, a cloud-based collaboration hub, which integrates a range of social capabilities such as instant messaging, the ability to share files, video chats and screen sharing. Slack, along with similar offerings like Microsoft Teams, have become popular enterprise collaboration hubs and are now starting to find their way into software and more recently, hardware engineering circles to help promote more informal interactions among team members.

“Traditional PLM (product lifecycle management) is great at putting together defined digital processes and change management processes, but increasingly, engineering changes are really enterprise changes,” notes Peter Thorn, CEO of Cambashi, an analyst and consulting company focused on engineering software and manufacturing. “It’s not just engineers looking at the functions of the device, but it’s the procurement people thinking about materials and suppliers or manufacturing people considering manufacturing issues. The social element creates a kind of oil that lubricates the process. It’s a way people can be integrated in an easy and direct process.”

Yet while social collaboration platforms like Slack help advance the product design and development process, they also have the potential to create another siloed information source if not properly integrated or built directly into the core product lifecycle management (PLM) foundation, many experts contend. Ad hoc conversations or informal and impromptu design sessions that take place in a Slack channel without integration with PLM are disconnected from the context of other product-related decisions and also run the risk of being lost or left out of the official product record.

“If you’re doing ad hoc communication in a disconnected environment, you are collaborating, but you’re not capturing what you’re collaborating,” says Bill Lewis, director of marketing for Teamcenter at Siemens PLM Software. “You don’t get the benefits if it’s not connected to the PLM system.”

At MBX, direct integration into a packaged PLM platform isn’t a requirement, thus the company’s ability to turn to Slack for their ad hoc communications needs. The company, given its need to manage hundreds of highly variable bills of materials (BOMs) for clients, opted out of an off-the-shelf PLM approach in favor of building its own sophisticated configuration system, bolstered with Slack, which serves as a centralized communications channel for projects.

Integration with its core enterprise system is accomplished through Slack notifications, which notify engineers when a party needs to sign off on something or if there’s a new engineering change request entered into the system.

“Right now it doesn’t matter that it’s not a core capability of our [configuration management] system,” Formella says. “Slack specifically notifies people that they have tasks they need to complete … and lets everyone participate in the context of the specific product they are building.”

The downside: There can be information overload if people aren’t precise about creating channels and including the appropriate parties. “Sometimes it’s like drinking from a fire hose—people participating in many projects will have a lot of information to digest,” Formella explains.

Siemens PLM Software is seeing growing demand for social collaboration capabilities from its engineering community in search of flexible and spontaneous communications beyond the prescribed workflows supported by a PLM system, according to Lewis. A survey conducted at its recent user conference pegged adoption of such systems in the ballpark of 20%, Lewis estimates, primarily among software development teams that are actively embracing agile practices.

Click here to continue reading this article at Digital Engineering