With the new school year just underway, probably the furthest thing from anyone’s mind is next year’s summer internships. For many companies though, plans for hiring 2020 summer interns are already in motion.

We sat down with a couple of MBX’s summer interns before they headed back to school to find out what they accomplished, how their internship impacted them, and what advice they’d give students to get a jump on 2020. We spoke to Bilal, an intern in our engineering department who will graduate in December 2019 with a Computer Science degree from Northeastern Illinois University. And we spoke to Andy, an intern on our software development team. Andy’s in Phase 1 of his path to a Computer Networking degree, currently working towards an associate’s degree at College of Lake County before he transfers to a four-year university.

Read on to learn about the advice they’d offer students looking for internships, their experiences, and the contributions they made to projects they tackled.

1: Unconventional methods to find paid internships help you stand out from the pack 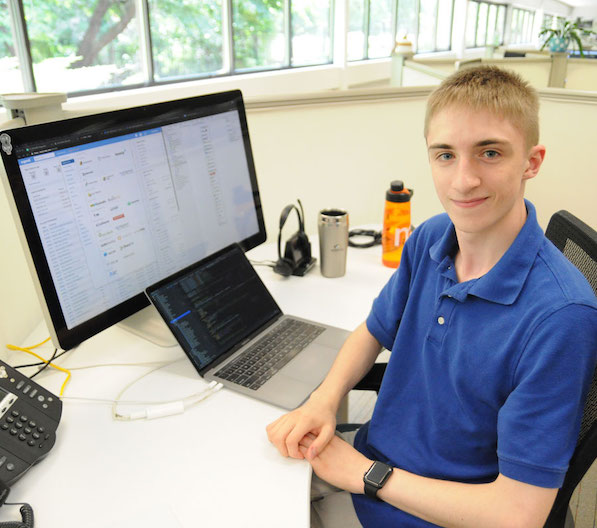 Andy would have never expected a class field trip to be his pathway to an internship. His introduction to MBX happened when his computer support class toured the MBX facility with chief strategy officer Justin Formella and VP of operations Carl Nothnagel. Andy had a number of questions for Justin as head of our software development team, and the two engaged in an email conversation about programming tools and similar interests. Not only was Andy first in line for our Software Development Internship, but as a bonus, his work experience at MBX also earned him college credits.

Bilal’s story began when he met MBX director of engineering Roger Lam at a career fair. At the time the only open job opportunities with MBX were permanent full-time positions. Regardless, Bilal kept the company front of mind and started following MBX on LinkedIn. Last January Bilal saw MBX’s LinkedIn post for an Engineering Intern. He jumped on the chance to apply and ultimately received an offer to join the team.

Bilal admits finding an internship can be a long process. “I started looking in November and would recommend to others to apply for anything you think might be interesting because you never know what’s going to happen.” Great advice!

2: Seek internships working on real assignments that benefit the business

Both Andy and Bilal were surprised at how quickly they became integrated into their respective teams and the amount of learning they gained from the projects. For example, Bilal’s first project involved writing engineering scripts for an inventory program using Python, a language he had no prior experience with. For Andy, his last project was working on integrating third-party applications with MBX’s Hatch hardware program management software. By being important contributors to their team, these interns added value to MBX’s overall business operations.

Andy advises students not to settle for something meaningless. “Look for an opportunity to use and improve your skills because that will prepare you for future projects. I worked on MBX’s internally-developed software plus a variety of external APIs – including learning MBX’s mobile industrial robot’s API and how to give the robot instructions without having to touch its interface.” 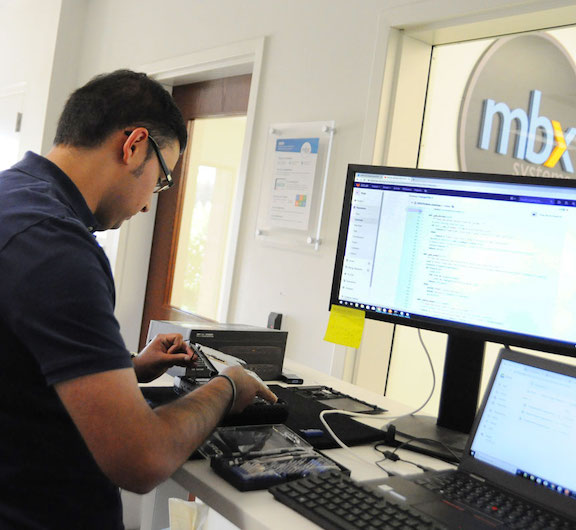 Bilal adds, “This internship was more than just a desk job. While I did work on administrative projects like updating engineering documents and researching active platform components with end-of-life dates, I was also able to roll up my sleeves and work hands-on with system hardware as I installed and tested components like drives and memory.”

3: Think about ways to apply your internship learnings to your schoolwork and vice versa

According to a recent Gallup study of more than 2,000 college graduates, those who have an internship or job that allows them to apply classroom learning to their work feel a higher level of purpose in their work.

Bilal was surprised that an internship in his field of study was equally balanced between software and hardware engineering. Based on this real-world experience, it had him rethink his final semester classes. While the coding languages he had under his belt were helpful, he notes, “Now I realize what is going to be expected of me when I’m coming out of school, and I plan to change around my schedule a bit to gain more hardware knowledge and take a more advanced Python class.” 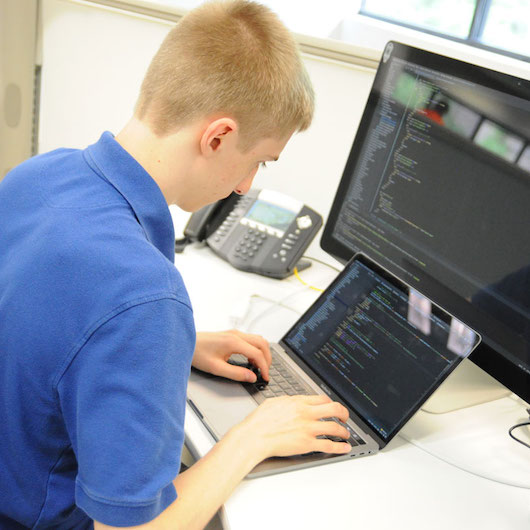 Andy observed right away that companies have unique workflows, programming concepts, and ways of using third-party tools. Even though he was familiar with the assorted tools used by the MBX dev team, it taught him new ways of using tools that he was previously not aware of. He says, “Every company has a unique  GIT (source code management solution) flow, so it was interesting to learn how an enterprise does it compared to an individual. Also, learning the agile workflow the way MBX uses it will definitely help me in school – and in life.”

Graduates with strong internship experience under their belt are more competitive and confident when entering the job market. According to the results of the Class of 2019 Student Survey from the National Association of Colleges and Employers (NACE), 66.4 percent of the class of 2019 graduates who had a paid internship received a job offer. On the other hand, just 43.7 percent of unpaid interns were offered a job.

It’s natural to wonder if the description of the internship will match what you’ll actually do on the job, and it’s also common to question whether your abilities are up to the task. Both Andy and Bilal admit to self-doubt at the beginning, not knowing if their skills were job-ready enough for important work. And if not, they wondered, would they be tasked with menial projects that no one else wanted to do?

“I never had to fetch a cup of coffee,” jokes Andy. “Right away, I felt like part of the team and was surprised by how light and friendly all the discussions were. They included me in as many activities as possible.” He pointed to the daily stand-up meetings as being a great mechanism for the team to talk about what they’re working on, including Andy, and any help they needed.

Bilal expected that working at a tech company would be more formal because of the important customers MBX designs products for. He says, “I came in feeling a little shy about approaching the busy engineers and asking questions because they all seemed so locked-in on their own work, but they always made time for me. Everyone is working on products and projects for customers, and it’s been really interesting to work on real products versus basic server configurations. I learned that a lot of teamwork and group work with other departments like sales and production was needed to keep people on the same page.”

5: Look for internships at companies that you can see your future self

Internship programs are mutually beneficial to students and employers. It gives students an opportunity to get familiar with a company’s culture, tools, and processes to know if it’s a place they see themselves starting their career. For employers, it’s a trial period to see how well the intern contributes to projects and acclimates to the company culture. In today’s lucrative job market, cultivating future full-time employees from interns saves time and money on recruiting activities.

Both Bilal and Andy say they have aspirations to continue working at MBX in the future. Andy wanted to get into his classes and hoped he’d have the opportunity to work at MBX part-time while in school. (Spoiler alert: he’s back!) Bilal knows he needs more hardware experience under his belt and sees himself coming back after graduation to continue learning as possibly a configuration tech or documentation tech. He concludes, “I see a lot of people being promoted in the organization, and I hope to build my knowledge at MBX and work my way up.”

These interns proved that creativity, hard work, self-confidence, and ambition are all attributes that make students strong candidates for summer internships and potential employees. By following their advice to look for internships in unconventional ways and using it as a stepping stone to get a jump on your future career, it will make whatever diploma you achieve even more valuable.

Interested in a 2020 summer internship with MBX? Follow us on LinkedIn and watch for our job posts. Or, get creative with your resume and email careers@mbx.com.