Red Hat support for CentOS 8 ends as of December 31 this year. If you haven’t started looking at alternatives, get moving! MBX engineers have rounded up four CentOS replacement options.

Many organizations that rely on CentOS, a free open-source development platform, might be frustrated by Red Hat’s decision to discontinue support for the distribution. Search the web for “CentOS upset” and plenty of emphatic headlines appear, such as “The CentOS Project Just Committed Suicide.”

Change can be painful, but first things first: MBX hardware platforms can accommodate whatever OS change you make. We can also help smooth the transition. For example, our engineering team’s image creation service will ensure all the drivers are loaded and the configurations work as they should.

That said, if you haven’t started looking at alternatives, it’s not hyperbolic to say: Get moving! Support for CentOS 8 ends as of December 31 this year. And although there’s more time for organizations using CentOS 7 (June 2024), you have to take into account all the testing that needs to happen before you make the switch.

Some may be under the impression that CentOS Stream is a direct successor to CentOS, but it’s not. Red Hat’s own corporate announcement states that CentOS Stream is an upstream development platform to be the “rolling preview” of the Red Hat Enterprise Linux (RHEL) product, to get a glimpse of what is coming. For commercial applications, deploying a preview release as a production server is not smart business, which is why we cannot recommend using this alternative.

To help guide the way, our engineers have rounded up considerations for CentOS replacement options.

Like any new technology, changing an OS comes with a learning curve. It also requires time and resources devoted to development, migration and testing your software with the new OS, but isn’t complex.

Red Hat Enterprise Linux (RHEL). The first thing companies will notice migrating from CentOS to RHEL is that they’re going from a free option to a paid subscription, which may be viewed as a drawback. But there is good value in what’s gained with the subscription, and Red Hat is also offering discounts to ease the transition.

RHEL is supported by a developer community through CentOS Stream, supports a 10+ year lifecycle, a predictable release cadence, and is stable and secure. The subscription provides development tools, customer support, training, bug fix articles, and more. For customers specifically moving from CentOS to RHEL there are two discounts offered: for a 3-year commitment, the first year is free; alternatively there is a stair-step model with the first year’s cost 75% of list, then it scales annually from there.

Red Hat has been the dominant player in the free Linux distribution market with CentOS and they’ll fight to stay there. They’re known for reliability and stability, and we expect that to continue as RHEL matures.

Oracle Linux. This is a stable, free distribution that combines RHEL source code and Oracle engineering. Converting from CentOS to Oracle Linux is pretty straightforward.

Oracle is a tried-and-true brand and, among the alternatives to Red Hat, their distribution has been around the longest. Oracle also offers support — both paid and free, depending on the level your organization requires.

Reviewers rate this distribution highly but have noted a few drawbacks, especially around patches, upgrades, and a lackluster graphical user interface. There are also levels of distrust for Oracle’s business reputation, for instance, how it  mishandled Java EE.

New players on the market

Among the first entrants was AlmaLinux, released in March. Alma got started with a $1M investment from CloudLinux and is now backed by AWS, ARM, Microsoft and others. One reviewer called Alma a CentOS clone – in a good way. It’s a free distro based on RHEL source code. Based on about 20 users’ comments Alma is stable, clever, and deserves an overall 9.8 out of 10 ranking.

Another new entry is Rocky Linux, which was released in June. Its development was led by one of the co-founders of CentOS, Greg Kurtzer, with AWS, Google and Microsoft among its sponsors. Rocky Linux is based on RHEL and, like Alma, reviews have so far been positive. Users also seem to like the organization’s pledge to remain a community enterprise operating system, stating “Rocky Linux will never be controlled, purchased, or otherwise influenced by a single entity or organization.”

The most significant drawback for both Alma and Rocky is their newness. Until more users can attest to these distributions’ reliability and stability, new adopters may be taking a risk.

We hope this background offers some guidance toward your CentOS replacement options. As mentioned, it’s time to get moving – and testing your alternate choice. Get in touch with MBX for more information. Our engineers can help with the process. 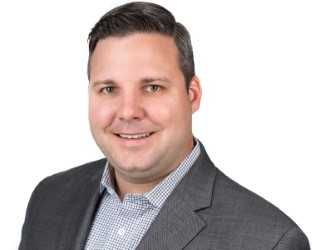