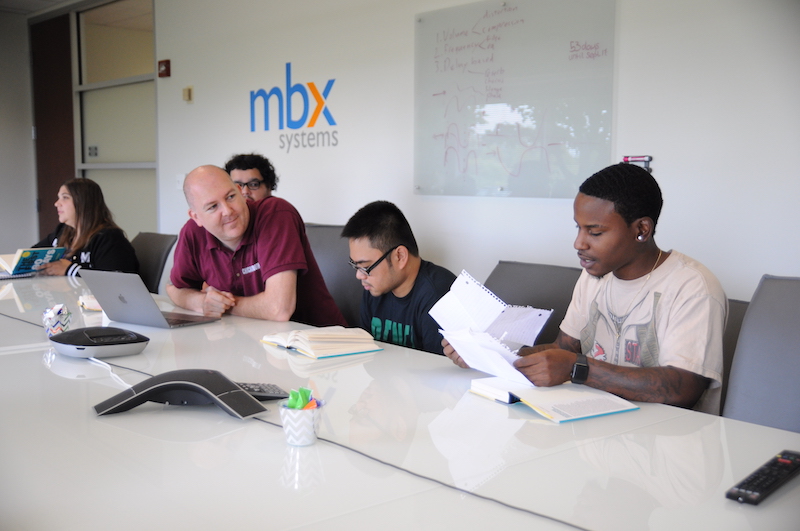 Onboarding was an open book for Olivia Stepp when she became global logistics administrator at MBX Systems, a computer hardware manufacturer in Libertyville, Ill.

She was asked to join the company’s monthly in-house book club as part of the new-employee orientation process, to discuss The First 90 Days: Proven Strategies for Getting Up to Speed Faster and Smarter by Michael D. Watkins (Harvard Business Review Press, 2013).

The author is co-founder of Genesis Advisers, a Massachusetts-based company that provides onboarding and transition services. He has likened joining a new company to an organ transplant, with the new employee as the organ.

“If you’re not thoughtful in adapting to the new situation,” he wrote in his book, “you could end up being attacked by the organizational immune system and rejected.”

That’s what happened with a new MBX employee who had been brought in to help the company add more structure to the team he would be managing. He had been a supervisor at a larger company but was unprepared for the difference in culture and struggled in his new job.

“He started making changes right out of the gate and imposing his management style on the department before giving his team time to get to know him and vice versa,” said talent manager Kim Becker, SHRM-CP. “While he was focused on delivering operational improvements quickly, it actually caused a major upheaval across his team. He was never able to steer the ship back on course and gain his team’s confidence. While he was very competent at creating structure, ultimately it wasn’t a good cultural fit, and there was a mutual decision to part ways.”

That experience prompted Becker to create the book club. Members include new employees and current employees who are undergoing changes in their job roles.

HOW THE BOOK CLUB WORKS
Prior to their first day at work, new employees receive a copy of The First 90 Days and a welcome letter that explains how the book club works.

It takes three monthly meetings to get through the book’s 10 chapters, all of which include checklists and exercises that can be used for discussion and self-study. Participants are encouraged to discuss the book with their supervisors to practice what they have learned, according to Becker.

People rotate in or out of the club monthly, and all sections of the book are discussed at each meeting. Over company-provided lunches, members discuss chapters they have read—on, for example, building personal credibility, learning supervisors’ different communication styles and creating a productive relationship with a new boss—and listen to others talk about chapters they will eventually read.

Discussions can take on a coaching element as employees weigh in on chapter topics, noted Becker, who sponsors the club with company president Chris Tucker.

And the 75-minute discussions, Tucker said, give employees the chance to talk to people outside their immediate work circle, creating “cross-functional bridge building.”

One MBX employee has gone through the book club three times in three years: when he joined the company, after he was promoted within the same department and after accepting a promotion into a new department with a new manager. His perspective, Becker said, has varied with each position after reading and rereading the book.

And learning, she noted, is not expected to end after someone has “graduated” from the book club.

“We encourage people to revisit the book and have open conversations with their manager during one-on-one meetings or whenever they have questions or issues. And we encourage managers to refer back to the book to reinforce the positive tools and techniques learned by their employees,” Becker said.

She said she’s personally found the book a useful resource but thinks the discussions have been the most beneficial. “Yes, the book is good to have—you see the book everywhere [at MBX]—but it’s really the conversations and the participation that make an impact and show how our employees are valued.”

For those considering starting a book club as an onboarding and employee development tool, Becker recommends starting small—generally 14 to 20 people—getting leadership support and keeping the approach simple.

And remember: The idea is to have a discussion, not give a book report.

Click here to read this article on SHRM online